Can you see your family in these stories?  Are these the results you're looking for?

This tween went from defensive to understanding...

I helped one tween who made friends easily but came across quite blunt and would unintentionally say things to upset their friends. No one at school could give him information on how to respond any differently. By attending my workshop he realized his particular communication style and learned actionable strategies that he could use right away. He felt he finally had a way to overcome the barrier that his bluntness had been. He also had a sense of relief knowing nothing was wrong with him. The way he impacted others who had a different style allowed him to FORM A NEW PERSPECTIVE of how people responded to him. Their responses became less personal and more style-specific. With that he was able to be less defensive and more empathetic.

He just needed a little more time and the right words...

Another child whose parents I worked with really struggled to make decisions. His parents hadn’t been able to understand why. Through the workshop he realized his particular communication style needed more time to analyze and ask questions and without that, he felt pressured and gave the first thing that came to mind, rather than what he really wanted. He wasn’t trying to be indecisive, he just needed the gain the self-awareness and put a NAME TO HIS FEELINGS. He now had learned the language to express  his needs to others and improved how he managed himself.

Intentional pep talks made all the difference for this executive...

A father I worked with realized that he wasn’t as inspiring and motivating as a leader at work, and then recognized that it was the same at home. By being more aware of his style and what drove it, he became MORE INTENTIONAL, more thoughtful about times when pep talks were needed with his executive team, as well as at home with his family.

She was absolutely drained by work and something had to change...

A top performing leader came to me because her team was absolutely draining her. She would come home and hardly had energy to be with her kids the way she wanted to. We discovered that she was not showing up as her natural communication style at work, but rather what was required of her, which was the polar opposite of her natural style. By creating a culture map of her team, and understanding how to work with them, she finally had the perspective and information she needed to DELEGATE AND DIRECT her team to be more effective. Her team also learned how to manage upwards (her). The improved team relationships prevented her from quietly quitting. She continued in a role she worked hard for and was able to be more PRESENT WITH HER CHILDREN.

Social skills don't come easily to everyone, especially after lock down!

After the pandemic, one child in my workshop was still having trouble “talking to humans.” She felt awkward, didn't know what to say, and was often told to “be nice,” without any further explanation or help. Through the workshop she LEARNED TANGIBLE STRATEGIES to be more compassionate, kind, and patient with others which she could put into action.

I would love to bring out the best in you and your family.  Take one of my workshops and be eligible for private family coaching.

Scroll down for more testimonials.

Understanding the way your child’s brain works and how they think is fascinating, but to then take that information and help them understand themselves is priceless! There is no better person to help with this than Sandhya.
After the Covid pandemic, life started to become more normal again but many parents’ lives were not normal and our children missed important social years of their life. At a time where we needed to help our children redirect, reconnect and re-establish themselves again….Sandhya stepped in and helped us.
Through simple leadership exercises and age appropriate language, she was able to keep our child engaged and helped his self awareness and better understand others. In the Family workshop we were able to see the world through his eyes and how we could be better at helping him with his strengths and supporting him in areas he needed the most. He also learned our communication styles to understand us so we can support each other.
I wish I had this growing up as I think it would have changed the relationship I had with my parents and also my self confidence. Every parent should have Sandhya’s tools as part of their parenting toolbox!

We give this 10 stars on the 5 star scale. My 12 yo learned so much about herself and how to effectively communicate with others. Sandhya is extremely knowledgeable, approachable, and she relates so well to tweens. The skills and ideas my daughter took away from this course, she said she will use forever because they are so useful and easy to remember. She cannot wait to take more courses with Sandhya. Absolutely recommend this course and this teacher to others!

[Sandhya] has provided us with great feedback that we have already started to apply in our communication with our learner. Highly recommend!

Sandhya has helped my 12 year old son understand the different communication styles that people have and how to make conversations flow more easily. She has laid out the foundation and brought to the surface the tools to help him being a better communicator which is a lifelong skill but rarely taught. Thank you so much Sandhya.

Absolutely amazing…Really kind and thorough teacher and great resources on the subject. Our family discussed this for hours after!

In Sandhya’s time at Axios, she served as our talent acquisition leader. Sandhya served as a great leader to our younger team members by embodying the worth ethic, character and resilience that anyone would want to see in a leader. I strongly endorse Sandhya for any role, but particularly those where she will get to set the pace as a leader of character for the broader organization.

Sandhya is amazing; I loved working with her on the same powerhouse HR team years ago in the broadcast media space. Sandhya’s authentic and collaborative leadership style creates trust and credibility across all levels with her clients, colleagues, and partners. The success she’s had developing rising talent, coaching leaders, and leading the people aspect of building show teams from inception to launch and beyond is a testament to the leadership talent she brings to any team and organization.

Amazing how spot on Sandhya is! She provides specific coaching guidance which I’ve already had success in implementing. Thank you Sandhya!

Phenomenal workshop!!! My son is a senior and about to head to college away from home. Sandhya’s workshop was an eye opener for him. He actually said “I’ve never spent so much time thinking about myself!” She gave him specific insights to his behavioral style and recommended strategies to help him be more effective in managing a new environment. I also bought the assessment which was a great supplement and very accurate. Definitely recommend!

I highly recommend Sandhya! Her knowledge and expertise shines through the minute you speak to her. What makes her different is her personalized approach. She is calm, collective, and patient through the entire coaching process. 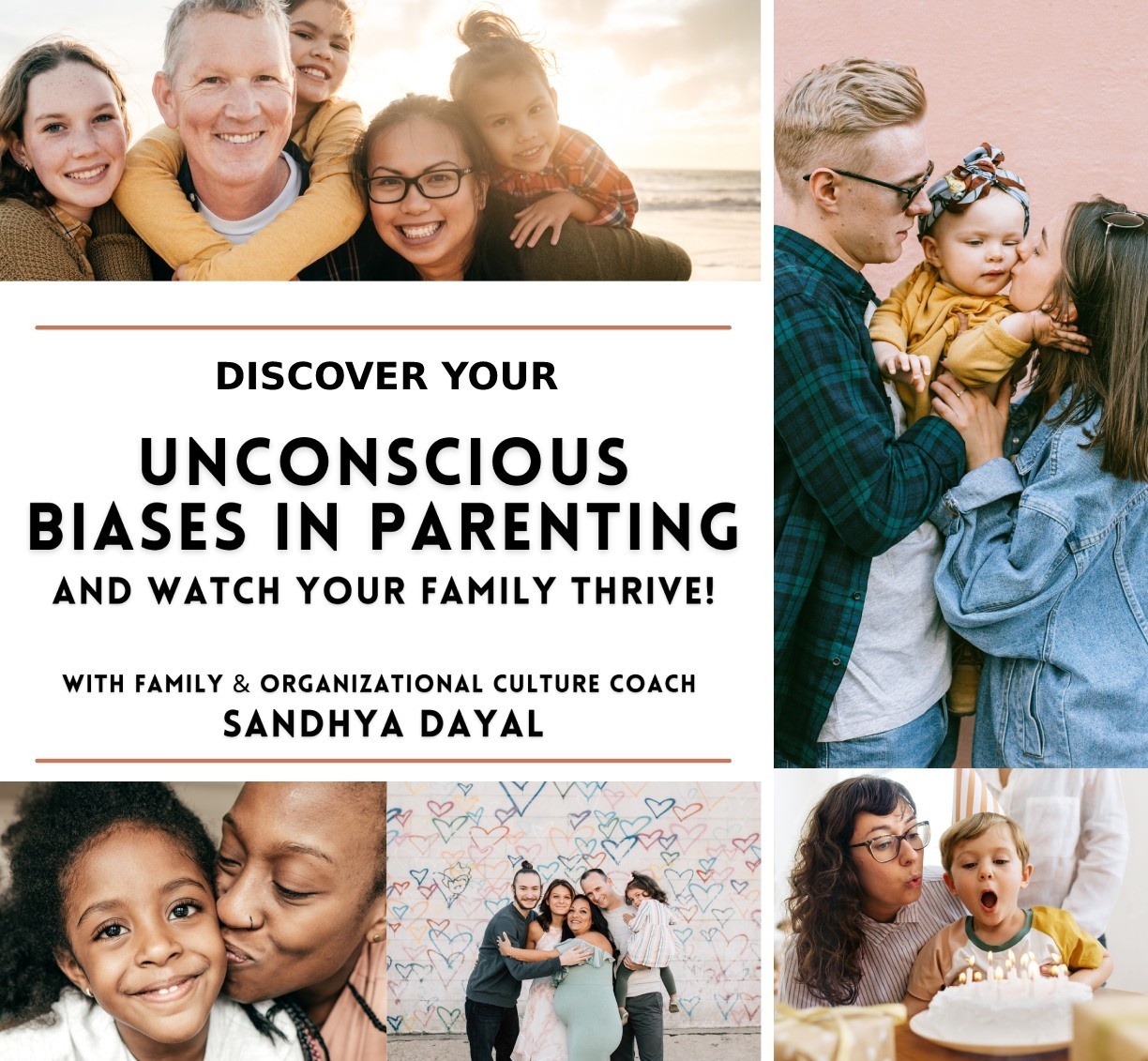 Get Your FREE eBook and special offers on my products

Enter your details below:

By downloading this eBook you agree to the Terms & Conditions